Vrishabhavati river is free for all to dump. Not only does she take the toxic wastes of the massive industries on her banks, she also receives toxic wastes coming from industrial areas all over Bengaluru and its peri-urban areas. Illegal dumping of untreated and hazardous industrial waste into Vrishabhavati river and its tributary channels, mostly at night, camouflaged as water tankers, is a pervasive malpractice going on for decades. As a result, Vrishabhavathi flows as Vishabhavathi (i.e Visha means poison in kannada) with unimaginable industrial toxicity.
In order to understand the magnitude of this issue, we compiled known incidences of tanker dumps in the Vrishabhavati river basin. 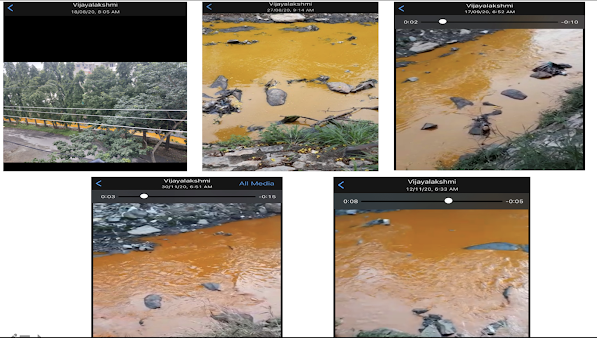 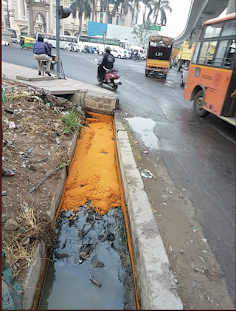 LOCATION: Farmland next to Vrishabhavati river in Kambipura area

Grave Consequences:
The toxic and non-biodegradable heavy metals and industrial chemicals dumped into Vrishabhavati river are carried into Arkavathi and Cauvery rivers, which form the source of drinking water for humans and wildlife alike. This poisonous chemical medley - a chemist would never mix in a lab, is what flows 24/7, 365 days into the proposed Mekedatu dam, from which we are to receive 5 TMC for drinking. No water treatment plant in the world will remove these non-biodegradable industrial chemicals.
The situation is even more dire for wildlife and we hardly seem to notice it. Unable to drink this river water, elephants in Bannerghatta National Park and Cauvery Wildlife Sanctuary, get angry and destroy human property. Native fish of Vrishabhavati, Arkavathi and Cauvery have all but vanished. Whatever remains are on the path to extinction like the iconic Humpback Masheer in Cauvery, near Mekedatu.
In Conclusion:
The issue is huge and consequences grave. The government has not moved past temporary eyewash solutions like engaging marshals. Citizens need to act. Nothing moves in KSPCB unless the court passes an order, the high court has correctly observed. Who will take this very specific issue of toxic tankers to court?
(This is 3rd in the series of reporting on the issue of 'Nightly Toxic Dumps' The first can be found here and the 2nd here)
Share
›
Home
View web version